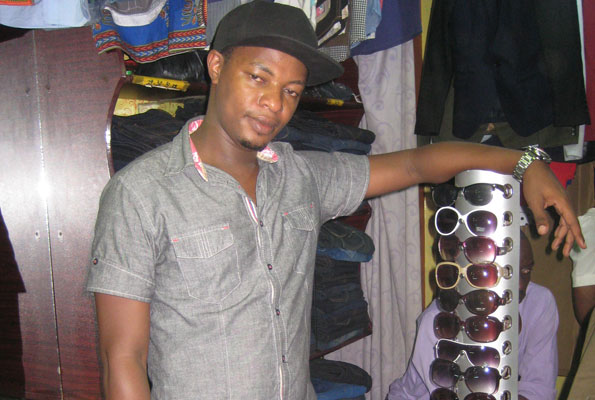 One can say former footie star David Obua had been almost forgotten! We haven’t seen Obua in any known hangout around town, not even at major sporting events. But we can reliably confirm that the former Hearts striker is around and living albeit maintaining a low profile.

But last week, Obua pulled a spontaneous move when he appeared at the national Cricket team’s training session on Tuesday-uninvited! Obua drove to the Lugogo Cricket Oval unnoticed, only to emerge out of his Range Rover to the national cricketers’ amazement.

Training came on a standstill as Obua was welcomed by cricket star Arthur Kyobe and introduced to the team.

To prove he was not just roaming about, the former Ugandan Cranes striker pulled out a huge kits-bag from his car trunk and donated a set of training kits to the national cricket team.

Obua who had reserved a kit for himself, immediately changed into the kit and joined the team in their training. Obua took the team through some vigorous stretches. He trained with team last Thursday as well.

The cricket team flew to South Africa this week, to battle it out in the qualifiers, but they didn’t go without a message from Obua; “play to win all, play to make your country proud!”