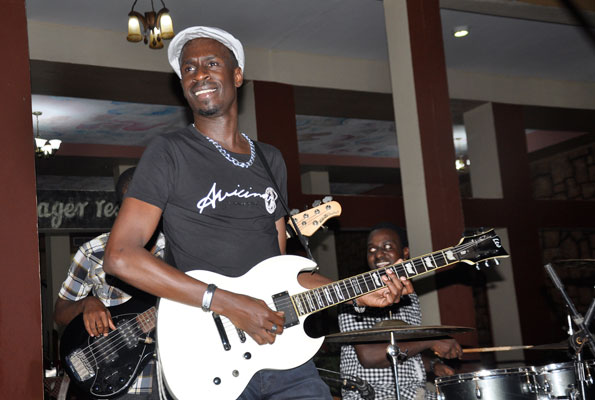 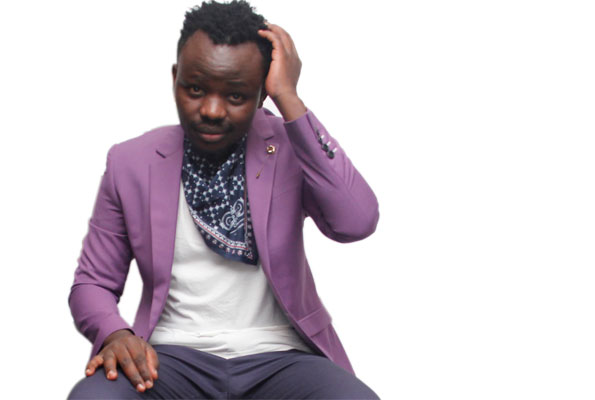 AFRICAN STAR: Tanzanian singer Diamond Platnumz bagged three awards at the recent Channel O Music Video Awards. He is one of the biggest stars on the continent at the moment and he is coming for Zari’s All White Ciroc Party slated for next Thursday, December 18. Darius Mugisha brings you the story of his rise from obscurity to continental fame.

Diamond Platnumz, popular for his Number One hit, was born on Nasibu Abdul Juma on October 2, 1989 in Dar es Salaam, Tanzania.
Diamond grew up with his single mother and grandmother.  They used to share a single room and rent out the remaining two rooms of their house just to make ends meet. Little wonder his mother is still so close to him and he attended the recent Channel O Africa Music Video Awards in South Africa with her.
He started showing his interest music while in Standard Five and he started off by imitating then popular Tanzanian artistes and even international stars.
His mother noticing his love for music was very supportive and she used to buy him music albums and she started taking him to talent search competitions and even helped pen lyrics to some of his first songs.
Platnumz started out as a diamond in the rough, doing lots of casual jobs to earn money to go record his music. He says he sold second hand clothes, he was a pump attendant at a petrol station and he was a freelance photographer at parties to make ends meet and also finance his dream of becoming a music star.
Diamond reveals that at some point in 2007, he was forced to sell his mother’s gold ring without her knowledge to pay for the session to record his first studio single. The song never hit, but it was the beginning of his journey as a Bongo Flava star.
Life was hard, a breakthrough didn’t appear to be in site. His girlfriend whom he kept telling that he would one day be a star was fed up of the dreamer who could not provide for her and left him. Then in 2009, he met promoter Peter Msafiri, aka Papaa Misifa, who agreed to finance his music. He recorded the single Nenda Kamwambie, which was a dedication to his girlfriend who left him when he had nothing. That song was a big hit in Tanzania and Diamond has never looked back since then.

Earning big
Diamond Platnumz made it from squalor of his childhood poverty and he is believed to be one of East Africa’s highest earning artistes at the moment. Pan African music TV station Channel O put his current net worth at over TZ Shs1b (about Shs1.6b). He is the highest selling artiste of ringtones in Tanzania, has endorsements for companies like Coca Cola and he commands  hefty performance fees. The star charges $4000 to $6,000 (Shs10m to Shs16m) in Tanzania and not less than $20,000 (Shs54m) for shows abroad though he has also been paid $100,000 (Shs270m) for some shows.

Awards
Diamond Platnumz is a multiple award winner and he has lost count of the awards he has racked up in the five years he has been active in music. The most recent are the three trophies at the Channel O Awards but he started with picking three gongs at the  2010 Kilimanjaro Tanzania Music Awards for Best Upcoming Artiste, Song of the Year and Best Rn’B song. In the same year, he was nominated for Best Male and Best New Artiste in the MTV Base Mama Awards.
In 2011, he scooped a Nzumari Music Award from Kenya for Best Male Artiste from Tanzania. In 2012 he picked up three awards in the Kilimanjaro Tanzania Music Awards for Best Male Composer , Video of the Year and  Best Male Entertainer.
In 2013, he picked up two awards at the Kilimanjaro Tanzania Music Awards including the  Best Male.
This year actually made a record, picking up seven awards in Tanzania’s premier music awards ceremony, including Entertainer of the year.
He has also been nominated in the MTV Europe Music Awards and the BET Awards this year, though he didn’t win.

Relationships
The singer has in the recent past been linked to Ugandan socialite Zari Hassan but he maintains he is still with his Tanzanian actress girlfriend Wema Sepetu who is a former beauty queen and an actress. The two are set to be married and Diamond insists its just business between him and Zari.
They have recorded a song together and the Tanzanian star is expected to be the main performer at Zari’s All White Ciroc party at Guvnor next Thursday.

THE CIROC ALL WHITE PARTY
Venue: Guvnor.
When: Thursday, December 18.
Ticket prices: Entrance is Shs30,000 per head and tables cost $400 (about Shs1m)
The deal:  The annaul All White Ciroc Party is hosted by socialite Zari Hassan at Guvnor. Guests are expected to dress in all white and this time Tanzanian star Diamond Platnumz will be the main act of the night.