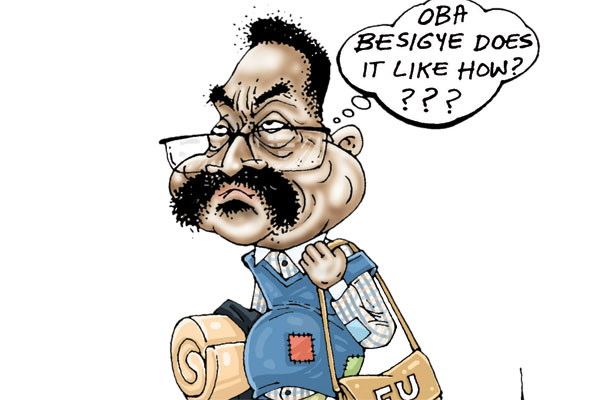 How to be …Gen David Sejusa 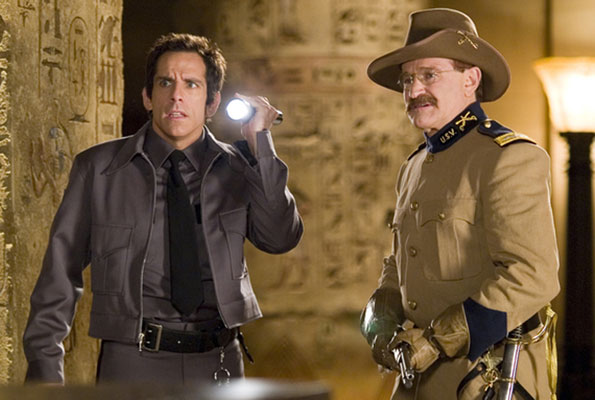 The movie : Night at the Museum: Secret of the Tomb

NEWBIES: Every year, new promising stars, who for long, have been following their dreams, finally have a glimpse of light at the end of that dark tunnel. They have worked so tirelessly that the public is slowly starting to appreciate their effort. Emmy Omongin brings you the guys who broke out this year.

Abba Marcus
Like father like son, Abba Marcus Mayanja, aka T Rex, Jose Chameleone’s first son, is on his way to the top. At the just 11, Abba released his first single, Game Over mid this year, which his father largely promoted on social media. His maiden children’s concert at Freedom City (the same venue Chris Martin held his ‘successful flop’) sold out. Numbers don’t lie. He pulled a crowd bigger than Davido and Chris Martin’s combined. Next year, by the look of things is Abba’s year. Uganda might get its own Lil Bow Wow in this boy who does hip hop.

A Pass
A Pass, real name Alexander Bagonza, is more of a ‘social media’ artiste and this move will surely take him places if he sticks to it as a form of promoting his brand. A Pass records almost a song every day and is not the type of artiste who will produce one song and give it time (several months) to see if it will become a hit, no. This crooner promotes so many songs that his fans are fed on a variety of music ranging from reggae, zouk and dancehall. His current club banger, Tuli Kubigere has a video shot by Jamaican video director, Damon Gayle (the same chap who has shot several Jamaican stars’ videos like Konshens, Busy Signal, Alaine, Samantha J and Beenie Man). With this record-a-song-everyday approach, at least one of his myriads of songs will become a serious hit. Not forgetting that his music is enjoying airplay in Jamaica. Next year, A Pass is destined for greatness.

Spice Diana, real name, Diana Namukwaya, is an Industrial Art student at Makerere University. Under the management of Emma Mulondo (he brought us Wafagio, Coco Finger and Khalifa Aganaga), this girl is promising. Already her monster banger, Onsanula got a nod in the HiPipo Music Awards under the category of Female Breakthrough Artiste of the year.

Sasha Vybz
Sasha Vybz is a video producer who studied his craft in South Africa and has worked with so many Ugandan music artistes with his sophiscated video production equipment.  His biggest piece of work this year has been Jose Chameleone’s Wale Wale music video that is still enjoying massive airplay on continental channels such as Channel O and Trace TV. He is a promising young star who put his money where his mouth is by investing in the state-of-the-art equipment.

Yunus Sentamu
The 20-year-old striker plays for Congolese side, AS Vita. Why is he on this list? This fast rising sportsman has seen his star shine bright from the time he made his name at the Chan championship hosted by South Africa in January, where he scored three goals for the Cranes … and he was only in his S.6 vacation. He was signed by Congolese Club AS Vita and he is a club darling, having scored the goal that got them into the Caf Champions League final. He also landed a Caf Player of the year nomination. Perhaps if he got more playing time for the Uganda Cranes, our fortunes might turn around instead of the norm of always relying on the old guards.

Pallaso
Not necessarily new on the scene, he has been bubbling under, but this year, the lad from the Mayanja singing family got his breakthrough. Pallaso came back from ‘exile’ six months ago to ‘disturb Kampala’ with two club anthems, Mundongo featuring Sheeba and Amaaso where he was featured by Radio and Weasel. The singer after falling out with the Goodlyfe duo went ahead to sign for Jeff Kiwanuka’s Team No Sleep and has since turned out to be the lead artiste of this camp. Need I talk about Go Down Low?  I kid you not, his collaboration with Nigerian BET award winner, Davido will take him places next year. For this year though, dude has had more fights than hits.

King Saha
King Saha has been on the scene as a Leone Island side kick no one cared about. He earned his money curtain-raising for Jose Chameleone at his pub shows. But this year, he released Mulirwana and he became the talk of town. For the first time, he boarded a plane to the UK for a ‘tour’ all thanks to his Mulirwana hit and also held a sold out concert. Saha recently released a video for his latest single Gundeeze, another club banger akin to his maiden Mulirwana song that shot him to fame. We predict next year to be a good year for Saha with even more international ‘tours’ and hits.

Melody
Melody, a young artiste from Sipapa Entertainment, shot to fame after his collaboration with the music doctor Jose Chameleone dubbed, Nkoleki became an anthem of sorts for down town lovers. His sharp piercing voice blended in well with Chamelone’s coarse voice. More collabos with big stars and good quality videos will see Melody become a household name come next year.

Nessim
Without audio producer Nessim, we would not have hits such as Tetubatya, Am Loving and Tuli Kubigere, all done by A Pass. Nessim and A Pass are like two peas in a pod. If you have listened to A Pass, some of the words he bellows in intros of most of his songs are Nessim, Badi Music and Twokya.  Nessim runs the Badi Music studio, and is responsible for A Pass’ hits. Other big artistes such as Bebe Cool, Radio & Weasel have identified the unique, quality sound in Nessim’s productions and have started to work with this multi-talented 20-year-old. We should expect a number of hits from him next year.

Leah Kalanguka
Leah Kalanguka has been the most talked about Miss Uganda in the history of this pageant. Kalanguka has managed to keep herself in the public eye; from the ruthless trolls on social media to the Miss World hype by international media, some going as far as tipping her to be the winner of the world’s most prestigious crown (but unfortunately she lost). This farmer is a star to shine even brighter come next year with her big plan to use her software engineering degree to advance agriculture. Did we say she also made it to the top 25 people’s choice list at the Miss World pageant?