Meddie not happy with organisers of Luzira movie premiere 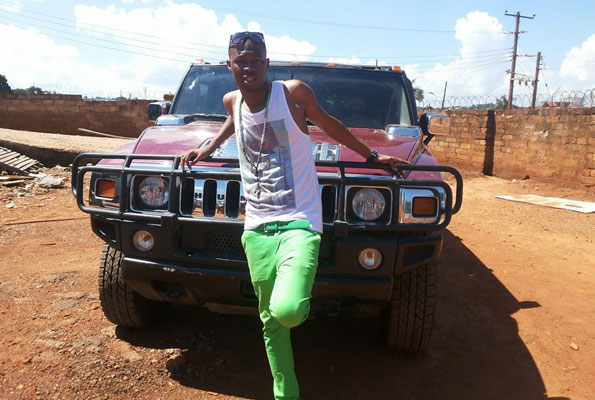 Singer King Michael to be introduced

Name any upmarket event that Meddie Ssentongo has missed and you will win big; unless he is out of the country or the event happened during his time in Luzira prison! But for reasons we later understood, Meddie arrived late for the just-concluded Luzira; Escape from Uganda movie premiere. And unlike several events he has attended, Meddie was not even dressed up for the red carpet!
Meddie argued that it was not because he couldn’t afford a VIP ticket, but he was not happy with the organisers of the movie premiere event.
“This movie is about Luzira and I’m one of the biggest celebrities that prison has ever had. It’s people like us that should have deserved a VVIP table. But look around; where is Mike Mukula, where is Meddie Ssentongo; then who will give the media real info in relation to the movie and reality?” Meddie wondered.
Dressed in matching denim jean trousers and shirt, Meddie drove into Serena in a white Range Rover Sport that had Congolese registration plates.
He also told us he was not happy that the organisers invited so many people but not celebrities with “enough Luzira experience!” Over to you Sheila Kangwagye and the entire team that organised the Escape from Uganda movie premiere!