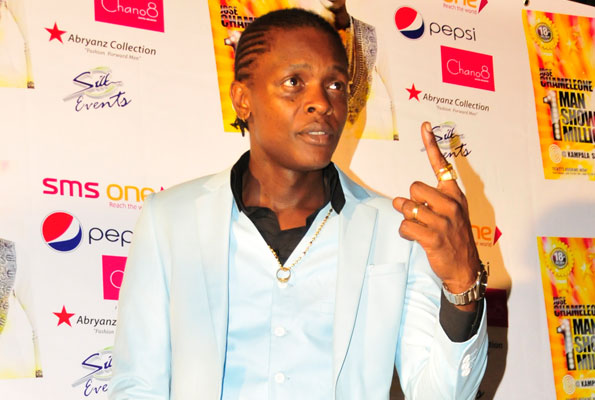 If you thought it is only young people who pour out their emotions on Facebook whenever things go wrong, well, you might have to think twice! Veteran radio personality Alex Ndawula has proved that even older people can still turn to Facebook for solace when things are not going right. This is besides using Facebook to blast media houses whenever they write something about him. A few months back, Alex took his romance woes on the platform after he had issues with his wife Drucilla. Alex poured his undying love for Drucilla through posts and begged her not to leave him! The posts were very emotional and touching, but clearly on the wrong forum. Alex was at it again at the weekend; the longest serving radio presenter at the Kisementi-based Capital Radio this time round attacked his boss Mr William Pike for ‘killing his career!” Alex has worked at Capital Fm since 1994, which makes him 20 years old at the station. Over the years, sources told us he has always spoken his mind to Pike whether in meetings or when he is just passing by his office, and Pike has told his managers in the past that he likes it when Alex speaks out his mind and they sit and resolve things. However, after he was reduced from hosting a four-hour show to just an hour’s show, Alex had remained silent even when everyone expected him to talk. But over the weekend, Alex posted: “I’m just kinda tired of the questions of ’Alex! What happened?!’ Truth be said! My boss, William Pike, made the decision! It’s BS! But what can I say!?……………….YES I SAID IT! It’s his station! His decisions are his! It’s his station! He killed my career! Naye I work well and I am still being paid! What can I say? Could do more but it’s his! …Nuff said! Statement made!” Now that’s some guts!