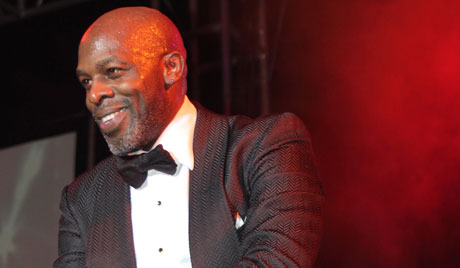 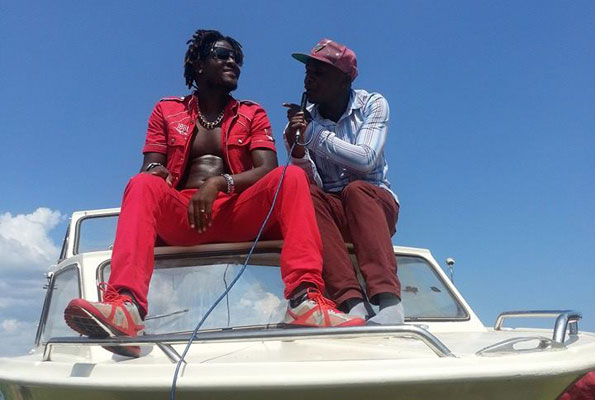 common man’s man: Despite his success, Bobi Wine has remained in touch with his ghetto roots by becoming the voice of the voiceless ghetto youth through his activism-driven music, writes Ian Ford Nkera.
For a little boy confined somewhere in the ghettos of Kamwokya, dreaming of ever making it in life, only one person’s story is relatable. Robert Kyagulanyi Sentamu a.k.a. Bobi Wine has easily become the poster child of the ghetto after crawling out of hopelessness in the dungeons of Kamwokya to become one of the most recognisable and accomplished faces in Uganda’s music industry.
The ghetto boy in him is still visible with his signature rugged look complete with bling-bling, a springboard-like style of walking and heavy ghetto lingua. By far one of the most controversial artistes, Bobi Wine has headlined the biggest artiste fights of the yester years and made it to front pages for many disturbing reasons other than his music. I hereby smoke you; sorry walk you through the life of the ghetto gladiator and Fire Base President.

Muntu w’abantu (man of the people)
Bobi is the ultimate people person. The ghetto is just enough testament of the popularity he enjoys. When he drives through Kamwokya streets, there is almost a stampede with people trying to get a hold of the star. He is a cult hero in the ghettos because he has always found a way of giving back to the same society that raised him through the very many charity causes he has stood for. Being a people person will require you to mix with the crowd. If it means pooling resources for the LC1 Chairman’s daughter’s wedding, be the most generous. Show up at big community events like the grand opening of a well in your village.

Bobi the businessman
Business acumen people. Be the kind of person that is always chasing profitable ventures. Put up those rentals and probably have the “minister’s son” stay in one of them. While people dwell most of their time in cheap talk, be the guy to indulge in the walk. Bobi Wine has proved a better businessman than musician with various business interests from real estate to commercial farming and is believed to be one of the wealthiest Ugandan musicians.

Professional boxer?
The only thing Mr Kyagulanyi probably hasn’t knocked out yet is his career. The guy has a penchant for raining blows on anyone with a few rival artistes unfortunately being on the receiving end of a few right hooks here and there. You never know if it’s a handshake or punch with Bobi Wine because everything looks strikingly similar. In case you ever intend to be like Bobi Wine, the first assignment should be a non-title fight with the person that keeps sending out those irritating telecom messages to customers. Unless it is mobile money, we have no interest in those messages so such people should be dealt with the Bobi Wine-style. Let me know when you are ready so that I can arrange a date.

MTV? Who is that?
For all Bobi Wine’s domestic musical success, he has failed to taste the same glory on the continental scene in that any mention of him getting nominated at the Mamas or Channel O Awards would probably sound like the biggest joke ever told. He has prided himself in entertaining the Nateete kind of crowd and enjoying cult status there while his peers explode internationally. Be the guy whose idea of overseas is a trip to Kitooro in Entebbe. Be the kind whose impression of “outside countries” is through Google images.
Minister of agriculture
Be that guy that has an unconventional green plant sprouting in his backyard. Let this plant be for mostly subsistence use. It can be used further to enhance performance as far as confidence is concerned and give you illusions of being supernatural. Consumers have confessed that they feel forever in touch with the heavens and also feel that nothing else matters in the world when they have this plant in their system.
Bobi Wine has been rumoured to have a particular love for the plant that it’s been called his staple food. The busts of energy on stage can be owed to this plant and this also explains the occasional blood shot eyes that could have been from an overdose.

You can get one out of the ghetto but …
Be the kind of person to have money and flaunt it to the world, a trait of ghetto raised people. Worship the cars you drive and celebrate them with all writings you can possibly think of. Even when you have an Escalade that was bought at a measly Shs50m, inflate the price to something in the region of Shs250m and tell the whole world. We shall still believe the huge price tag and ignore the fact that your car cannot go 100metres without dropping its bumper.