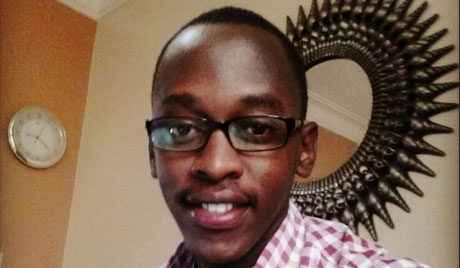 The acute angle : Walking in Amama’s Shoes
Why you should think before you talk

“Last seen today at…” Four little words but potentially damaging to the harmony of nations, relationships and future hopes and dreams. Ever since Kampala was hit by the whatsapp craze, we have seen many stakeholders in our lives from the Chairman board of directors (landlord) to economists (loansharks) studying trends in our “last seen” times to justify any decisions to be taken .

We have seen strategists (wives and girlfriends) and speculators (future partners) take keen interest in activities that are done on this whatsapp medium to find out the direction of partnerships or future liasons. In short, it’s like the whole world is watching to gauge if you are worth the bother or you are just some scumbag that needs to be dealt with accordingly.

For as long as you are on whatsapp, you are like some specimen being studied in some laboratory with all these prying eyes getting judgmental at every profile pic or status change. It’s the hub of modern day stalkery uniting amateur and professional stalkers alike and one tool they use to maximum use is that little guy “last seen”. If your “last seen” was a minute ago, there is no excuse worth listening to when I call and you don’t pick. Logic spells that you have your phone just under your nose and any refusal to pick anyone’s call is nothing but intentional. You deserve to be jailed!

Bad news if your landlord just added you to his whatsapp contacts and worse still if he is the admin to his “Tenants with love” whatsapp group. If your “last seen”’ was at 1pm and you are online again at 2pm, you might have a visitor this evening. Of course whatsapp addicts never put down their phones so if you are offline for an hour, you are devoting time to food which could have been bought using accrued rent arrears. He is watching people, so never give your landlords your whatsapp number because they will haunt you.

If you’re the kind of guy whose “last seen” was at 5pm on Friday evening and you next “last seen” is on Monday at 9am, my friend that chick you are vibing won’t be amused. She won’t be dating a broke guy who can’t buy data bundles and only waits for office wifi on Monday.

And once upon a time there were girlfriends who stay on these whatsapp streets policing their boyfriends around. If a “goodnight I love you blah blah…” was said at midnight, she expects the next activity to be the next morning at 6am. If your “last seen” times are showing a growing trend to 1am then to 2am, you must explain what kind of chit-chat you are involved in and with whom.

So the management of whatsapp decided to take people out of their misery and gave them the option of hiding their “last seen” times and It’s like I saw a black out. It almost felt like I was attending a whatsapp vigil because the frequency at which “last seens” went missing was mindboggling. From that time onwards, I concluded that Ugandans are just too shady and everyone is hiding some sort of secret. Nice weekend guys.