DANCEHALL CROONER: Jamaican singer Chris Martin flew into the country last Friday to hold two concerts. The shows flopped and the he didn’t step on stage owing to poor publicity. Edgar R. Batte caught up with the singer behind songs like Paper Loving and Cheaters Prayer on the afternoon before the ill-fated show.
Is this your first time in Uganda?
No. I came to Uganda a few years ago, but I was just in transit. I was on my way to Rwanda earlier in my career for a show with Shaggy.

Shaggy will be here soon for the Club Mega Fest, will you be returning to perform alongside him?
Ha ha ah, I doubt it .

You were supposed to perform in Uganda in late 2012 with Mavado, what became of that show?
To tell you the truth, I don’t know what really happened or the true story behind it but I was ready to come. I was in Barbados and I was ready to go to the airport and board the plane to Uganda. I think something went wrong on Mavado’s end. I don’t know what happened. The promoter said it was not feasible for me to come. He said he would get another day that would be easier for us to come and perform but it never materialised.

What do you think of the environment here and the people you have interacted with?
Uganda is a wonderful place. There are many places that look like Jamaica so that is kind of refreshing and the people are very welcoming. It is really nice when you go somewhere and the people show you so much love straight up. It makes you very comfortable and makes it very easy.

Tell us about the similarities between Uganda and Jamaica…
The girls are nice.

What have you liked about Ugandan girls?
The big booties and they are proportionate. It is not too much. It is just like Jamaica. There are beautiful faces and very pleasant. It is nice and it is like eye candy.

You have been to our clubs and had a taste of Kampala’s nightlife, did you enjoy your time out?
It is nice. People in Kampala know how to have fun so you can expect good vibes whenever you go out.

Back to the music, what are some of your latest tracks?
Some of my latest tracks are Just Like you, Let Go and Mama. Those are the most recent ones. We have been recording a lot because my album is supposed to come out very soon and these songs are doing good already, so I don’t wanna flood the market.

How many albums do you have your name?
I have one album already and the next album is slated to come out soon.

What inspires your music?
Much of my music is inspired by real life events. I am inspired by what I see happening around me. It is better when you do music from a true stand point, so that is my inspiration – my family, my friends and the fact that I know where I am coming from and I don’t really wanna go back there.

What kind of family do you come from?
I come from a humble family. My family struggled with me growing up, so this is payback, this is me doing music so that I can support myself and my family and people I really genuinely care for.

What songs have you done that are testimonies that talk about events and experiences you have gone through as a person?
Mama is a true experience, a very true one. The love that I have for my mother and the respect that I have for mothers all across the world. You know that one hits home. Then songs like Girlfriend, Paper-Loving, those songs are real true experiences, ya man.

Why you are attached to your mother?
Well, I was raised by both parents. They were married when I grew up. There is a misconception that I only grew up with my mother when people hear me sing and talk about her. That is one of the reasons I did Just Like You. That was a song for my father and all fathers that are living up to their responsibilities. I grew up in a steady family, with both parents married since I was born, and I felt the love from both sides.

How was life like growing up?
I come from a Christian home as far as I can remember. My parents were Christians even before I was born. It is a wonderful family. I grew up learning to respect people, being humble and loving and respecting women no matter what. You are supposed to respect each and every one and I was taught that life is precious. No one can buy life however fortunate or unfortunate they are. Every man has one life to live. The best way to live life is to live it humble.

What occupations did your parents have?
My mum was a nurse and my dad worked in a chicken plant called Jamaican Broilers.

How many sibling do you have?
One brother.

Just two boys?
Yeah man, just boys and I have two girls of my own.

Where were you born?
I was born in a parish called St Catherine but I now live in Kingston, Jamaica.

Why did you choose to go to Kingston?
I went to Kingston because of music. It is all about music. If you wanna be somebody in music you have to be in Kingston. That’s where the life is and you know talent exceeds everything. Studios are in Kingston and the nightlife is in Kingston.

At what point in your life did you discover the artiste in you?
As far back as I can remember. From the age of five I have been singing. That’s how pure my memory is.

What songs were you singing at five?
I was singing gospel songs and I was singing love songs. My father listened to different genres of music and on any given day he would be listening to something and I would catch onto it, so that’s how I grew up.

When then did you give music a professional shot?
I think it just fell in my lap. I entered a competition in 2005.

What was the name of the competition?
Rising Stars. I ended up winning that competition. After winning, I felt the love of the people and music. At that point I was singing songs from popular artistes. I had no song for myself.

What artistes’ songs were you performing at that time?
Stevie Wonder, Jah Cure, Gentleman. I was singing their songs until 2006 when I released my first record and I realised that music could be my job. I had entered the competition to win money to go to college and in 2006 I went to college and throughout college I was doing music.

Tell us about your relationship with fellow singer Cecile.
She was my girlfriend. She is a wonderful woman and beautiful. We have a beautiful little girl.

Was or is your girlfriend?
She was my girlfriend. We are no longer together.

What happened to your relationship?
Life happens man.

Okay, how long where you together?
Like for four years. I was like 23 years old. I am 27 years old now.

Cecile is 11 years older than you. What is it like dating an older woman?
For me age doesn’t matter.

What attracted you to Cecile?
She is an attractive woman both inside and outside.

Now that you are single, have you gotten some Ugandan girls that could take it on from where Cecile left?
I don’t know. She has to be really nice.

What is your definition of niceness?
She has to be appealing to my eyes. Not to my friends, not to my manager, not to anyone.

Have you considered doing any collaborations with Ugandan artistes?
It would be nice if I see an artiste who is really cool and we can work a good vibe together. It would be awesome.

Have you heard of any Ugandan artistes?
Yeah man. I have heard of Bobi Wine from Mr G.

The flopped shows
Fans did not show up for Chris Martin’s show at Freedom City in Najjanankumbi. The show had been poorly promoted and few people knew about the Jamaican singer’s presence in the country. At the venue, sound provider Steve Jean of Fenon had to switch off the machines as early as 4pm because the organisers were yet to clear his Shs10m balance. It was the same story for the show that was supposed to take place at Aero Beach on Sunday. This time the promoter, one David Kibuuka of One Nation Entertainment went awol as Chris Martin still demanded a $20,000 (Shs52m) balance. The singer was still in the country by press time trying to trace the promoter. 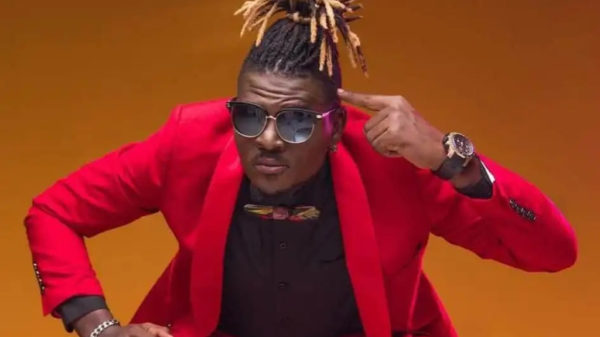