Forget all about last week’s allegations by Weasel, that he had been attacked and beaten by young brother Pallaso. Their father Mzee Gerald Mayanja referred to it as a very trivial issue.

He added that he had been involved in a series of hot exchanges with his son Weasel and his partner Radio. “They have been very harsh to me, but I’m being a parent here, I know where issues like this can end and I wouldn’t wish such for any of them.”
In one of the text messages we had a chance to glance at, Weasel expressed disappointment for having “a father that doesn’t like his children!”

Mzee Mayanja told us that he decided to get involved in the ongoing property wrangles between Radio and Weasel and their former manager Jeff, after he learnt that the singing duo had managed to obtain a new sale agreement and had rushed it to their Lawyers Katende, Ssempebwa & Co. Advocates in order to evict Jeff out of the house.
“I went to Mr Katende and requested him to help me as a parent and get these boys to sit and agree, but he told me, if I felt my children were not secure, I should report to police and get protection. I went to the seller-Sekitoleko and I recorded him testifying that he had indeed signed a new sale agreement.”
Mzee Mayanja further explained that his meeting with Sekitoleko influenced his thinking and he signed a new affidavit indicating that he sold the land to Jeff Kiwanuka, Radio and Weasel.

However, Radio told us that he was not ready to lose all he has worked for to a mere manager. “I have a case in court, let’s see who emerges victorious,” Radio told us.
And on Tuesday, Katende, Ssempebwa & Co. Advocates, Radio & Weasle’s lawyers, issued Jeff with an eviction notice demanding that he vacates their clients’ property or else he would face the law.

In this article:celebrity, entertainment, Sqoop 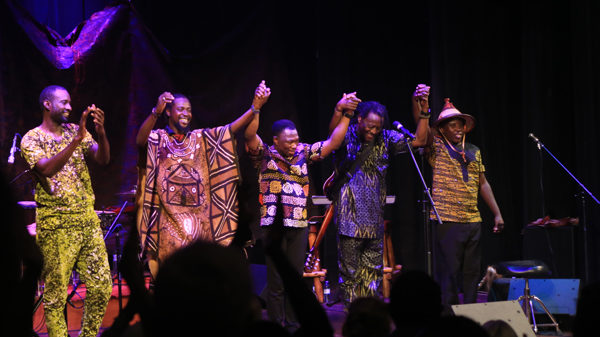