Benezeri Wanjala Chibita is not your usual type, 20 years and still at university, his lyrics carry a lot more than rhyme, they are a call to action.
In Zuukuka part one, the song that made music fans pay attention to him, he raps
“He steals money to build a new castle. No Alan Shearer

Travels from Lira to Madeira, drives a Porsche Panamera, to Parliament, to defend the destruction of Mabira.
Coz he has shares in another Kakira
And yet he goes back to criticise terrorists on Al-Jazeera
Or he’ll be watching a thriller, on his 3d television from Manila.
Zuukuka. Pick up your placards and manila.
Coz this is a guerrila war…”

This together with Blessed, Girls from Kampala and Mama are part of his album Champion. He believes that he is on a mission. The mission is to bring positivity to the world through music. His upcoming concert Champion is trending on social media under the hashtag #ChampionMay8th.
He says Champion is the name of the album because everybody is going through a struggle in life. Explaining how he conceptualised the idea, he says, “I feel like I have the responsibility to try and make music that people can relate with in times like this. My album depicts what one goes through when struggling to do something in life, the celebration when that person has finally become the champion.”
He adds, “After they have landed that promotion or when their business becomes successful. And then finally the reflection of the hustle. I bring to picture that person sitted back at home reflecting on what they went through to be successful.”  So champion is about everyone out there who is trying hard to do something great for themselves.

Of positive music
“People like Lucky Dube, Bob Marley, Micheal Jackson, did positive music. They sung about love, peace and even politics.  I too do positive music and I feel like it is just a matter of time before it is recognised,” he says.
He adds, “It must not always be which the next club banger is. I feel that it is my responsibility as a musician to make this type of music.”
With the help of friends, Benezeri is doing all he can to have a good show come Thursday. Benezeri admits that it is very intense, “it requires positive energy and money. It has taught me that nothing comes easy so I have to put in lots of efforts.”
The venue Lugogo Indoor Stadium is part of the champion concept. He says,
“I chose that venue for my concert because I felt like that’s how champions be. I will be in the centre of the arena and while the audience is surrounding me. It should help put out the message.” the optimistic Benezeri adds.
Benezeri is a second year student at Uganda Christian University pursuing Mass Communication and part of the proceeds from the show will go to the charity group 40 Days Over 40 Smiles Foundation. The charity will have a section where you can drop children books to support their literacy programme.

The champion concert.
It is on this Thursday May 8, at the MTN Arena, Lugogo Indoor Stadium. Ordinary tickets will cost Shs10,000 while V.I.P tickets will cost Shs50,000. There will also be performances by The Myth, Patrobas, Levixone, GNL, Don MC, and others artistes.

In this article:champion, concert, war

The East African5 days ago 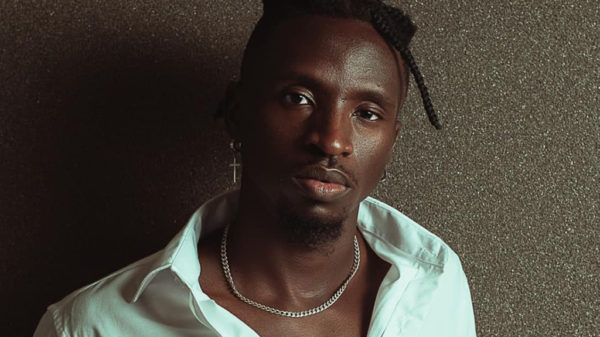 A few days ago, the Ministry of Education and Sports put a temporary ban on the hosting of performing artistes on premises of public...