Originally designed for military use, the four-wheel-drive Hummer H1 utility vehicle was released to the civilian market due to popular demand. The civilian version was released in March 1992 owed its birth to the popularity of photos from Operation Desert Storm and the enthusiastic campaign from actor-politician Arnold Schwarzenegger, who owns several variants of Hummer vehicles.

The Hummer H1 has three common variants: a convertible-like soft top, a four-door hard top Sport Utility Truck and an Alpha Wagon body version. Other less known variants include a two-door pickup truck, most commonly seen in the military sporting launchers, or used for troops and cargo transportation.

It was initially known only as the Hummer. However, in 1999 in a joint venture between General Motors and AM General, GM began marketing the Hummer H2, which was built on a heavily modified GMC 2500HD chassis. It was at this point that the original Hummer was given the H1 designation.

Boasting 16 inches (40 cm) of ground clearance as well as super-aggressive approach and departure angles, the Humvee could climb over a 22-inch (56 cm) high obstacle, handle a 60 percent grade and wade through up to 30 inches (76 cm) of water.

AM General last produced the vehicle in 2006 due to a new emission law for diesel engine vehicles, which took effect in 2007. It was a guzzler with engine capacity variants ranging from 5.7 to 6.6 litres.

In this article:Hummer, Hummer H1 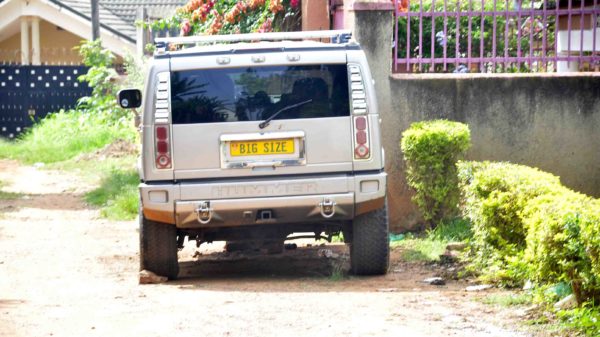 A Hammer belonging to local artiste Moses Ssali also known as Bebe Cool parked on stones in front of his house in Ntinda a... 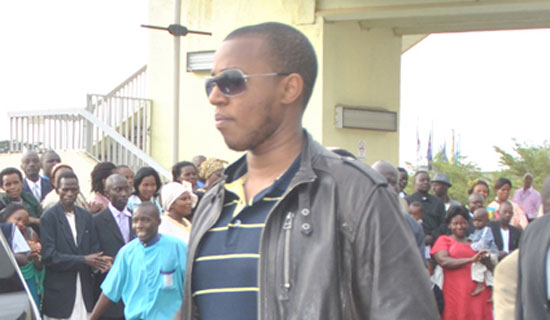 King Oyo in a Hummer

Forgive us for we are subjects who are allowed to write about royals! But allow us to appreciate a few things about His Highness...