How to be a socialite 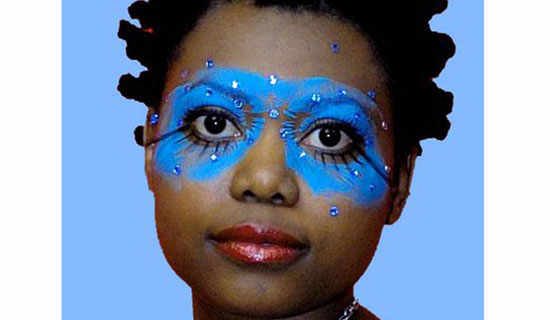 Hear are the unsung singers Who are they?For some reason, some people are always in the newspapers and because we can’t explain their claim to fame, we always refer to the as socialites. Ian Ortega takes you through how to become one of these attention seeking people.

A Ugandan socialite is simply that person you see in the entertainment news or gossip pages every day without knowing what they do for a living. They have many followers on Twitter and a great number of fans on Facebook.

They are featured in fashion pages as they talk about their secrets and they are living the ‘Hollywood dream’ in Kampala. So here are tips on how to be one of those personalities like Judith Heard, Zari, Bad Black and the very person writing this aka Ian Ortega (you mean you didn’t know me, how local?)

Marry a rich pensioner preferably a loaded white guy
This is one of the fastest ways to become a Ugandan socialite. You have to get yourself that rich aged guy who is ready to part with millions as long as your love can take away his stress. You have to make sure that this mzee has some cool name like Heard, or some difficult name to pronounce like Greenhalgh. Make sure that when such a name is mentioned, heads will be turned, ears widened and eyebrows lifted.

Once you have this rich old mzungu, you must begin showing him off to the paparazzi. Hang out with him in exclusive places; make all those gossip-journalists notice you. Hug him so tight, hold him hand in hand, keep him by your side on all events and attend jazz events with him. You will wake up next-day to amazing headlines, “Cristie Wanjer hooks up loaded mzungu.”  Thereafter we shall follow up this headline with something that says, “Wanjer expecting twins.”

Give yourself an amazing name
If you hook up Mr Heard, kindly become Judith Heard. If you haven’t hooked a mzungu, still find yourself a catchy name. If you are called Suzan Ochola, let your friends refer to you as Sue De’Roy, if you are called Namuyimba, please change that wacky name to Bad Black. Your name should be easy for journalists to remember otherwise they won’t write about you.

Unless you plan on becoming the modern version of Mama Phina then never keep your surname in your struggle to become a socialite. Cooler names can include Richy for Richard. Better still, add the title Lady or Don to your name for example Don Ivan sounds better than Ivan Ssemwanga, that sounds so much like a Sangoma (witch doctor’s) name in South Africa.

Organise some themed-party of sorts
Now that you are becoming a socialite, you need to venture into the world of throwing cool-themed parties. For starters, it can be your ordinary all-white party even though only black girls will attend, all-black parties, all-pink party, Arab Money (even if you don’t know that Arabs use Dirhams), Bahamas Beach Party  (even if your only beach experience is eating in Entebbe),   just come up with a themed party. For those who are more serious at specific themes, you can begin something like ‘The All-Ugly Party’, “All-local party.”

Be sure to send out invites to those party-hungry journalists, and be certain that they will write something about your party. If you really have what it takes, you can even throw a bikini party on a boat cruise, invite cool people like Sebaabi and compare ugliness on a scale.

Begin some fake reality show
As a Ugandan socialite, we need people to keep viewing you and admiring you on their screens. Come up with a fake reality show of sorts and try to imitate Kim Kardashian in the local dimension. Make sure that the reality show rotates around your life. Spice up the conversations in the show with a Robin Kisti accent (where you are not sure about the country of origin of the accent).

So get there and launch yourself into our eyes as the local version of the Kardashians i.e Zari The Boss Lady.  We shall honestly use this show as a sleeping pill as it will help to induce the sleep-hormones in our bodies. After sometime, wind up and promise us a season two as if we even knew what went on in Season One.

Release a song
This is like the peak of being a Ugandan socialite. After trying too hard to annoy the general public, go to studios and give frogs the best musical competition they have ever faced in the croaking category. Just sing about love and shoot a video.  Threaten our already injured ears that a second song is on the way and an album launch will follow thereafter. I can guarantee that if you release a song, you will be half-way to becoming the Ugandan Socialite.

Buy a Hummer, a “dangerous” boat or some mansion in Muyenga
Now this is why you need to have that wonderful financier in the background-a sugar daddy or Sugar Mummy of sorts. Cruise around town in your latest sleek car with a personalised number plate; make sure you disobey every parking rule such that the newspapers can write about you.  Then go ahead and brag about the million-dollar yacht  that you just bought and show off your Mansion in Muyenga, but remember not to refer to it as a mansion, sarcastically refer to it as ‘my simple hut.’ Go on Facebook and upload photos, get some friends to bring up beef saying you don’t own the mansion, as long as people can debate about your assets, you will really be that super socialite.

Be mysterious about your source of money
Spend at least a year without ever revealing your source of money, but spend it like investing or keeping it in the banks is out of fashion. Let people go around guessing.  Let people say things like: “He is a witchdoctor in South Africa.” Throw around money in night clubs, flaunt it because you have it but be mysterious about where all the money comes from. Let them begin accusing you of having inherited money from your late sugar-mummy.

Copy and paste wonderful quotes on your social media pages
Evolve into some genius of sorts, appear to be smart. To be a Ugandan socialite, you must know how to fake mental smartness. Go on Google, look up those brainy quotes and post them as words from Zari the Boss Lady. These quotes should be inspirational though indirectly hitting at your haters. For example, post the famous Martin Luther King quote: “There are three steps to success, first they ignore you, then they laugh at you, then they try to fight you and finally you win.” But don’t make the mistake of attributing the quote to Martin Luther King.

Have a thing with sportsmen and musicians
Go down in the middle of club and dare Eddy Kenzo to sing two verses of his latest English song and promise to reward him with millions. Dare Diamond Oscar to bring a Grammy Award to Uganda.  Dare Bebe Cool to show you his assets apart from his Hummer and Zuena and promise to give him the correct spelling of coccidiosis aka Cocodiosis. Thereafter, let the paparazzi take your photos with David Sepuuya or Eric Obua seated on your laps.  The reason you should be around these artistes is because you will be respected if you dare them to do the impossibilities. So you will eventually be called a socialite.

If that fails, go a step further and marry a musician. For example, if you were in Jinja competing for Miss Uganda, when you get married to Bebe Cool, you become Zuena the most mentioned lady. From making chappatis, you can now make cakes and your new name becomes Zuena Cool. From Barbara Itungo, you become Barbie aka ‘mukyala w’omubanda’ in the Omubanda Wa Kabaka’ reality show. If your husband has a hit song, make sure he does not keep you at home, come out and promise to divorce him, threaten to beat up all the girls that send him sweet messages and better still write a book about a village belle you once were. You will then become the Ugandan socialite we have been looking out for, if you are so annoyed, release the Owa Boda song just to prove that you are allergic to music.

Start a bar or a boutique
To become an influential socialite, you must have a boutique for ladies or a bar for men. The boutique should be located somewhere at Garden City or Nakumatt otherwise we may not notice it. For men, if you open your bar, give it some cool name like Panamera and make people think that you are connected to the First Family. So if your bar is Panamera, your cool name should be Desh and people should all believe that the First Son is your best friend.

If you started a boutique, it must be named after you to sell your name further. Something like Sylvie’s, and if people don’t get it, rebrand it your full name Sylvia Owori. Alternatively it can be House of Lukoma or Judith Heard Flaunt Your Style. It’s all about selling your name. Call up those fashion reporters for Full Woman magazine to feature your assumed to be cool clothes in their magazine.

You must beef someone
This is one of those unbreakable rules for the socialite industry. You must exchange words with someone, even if it means doing it at the Valu Valu launch.  Challenge Heard to out-compete you as you buy that Chamili phone. At least slap the mouthy journalist writing this, at least take out your anger at some TV presenter,  if you have no beef, you will have no critics, if you have no critics, you won’t have haters and without haters you can’t be a socialite. The best thing is to beef a fellow socialite and compete with them, it works for both sides. If she organises the ‘All-local party’, come up with the ‘All-Kataala party.’

Have an aura of scandal
You should be involved in scandal week in and out. It is scandal that journalists look out for, so without scandal, we won’t write about you.  Let your husband slap you intensely in the wash-rooms, break-up with him and go on a happily-ever after romance with a basketballer. When you run broke, break the basketballer’s heart and run back to the sangoma of your heart, it’s better to cry in a Lamborghini than laugh on a bodaboda.  Let newspapers write about your cheating scandals, let them write about your over-due debts. It helps to keep you on the scene as a socialite.

If all those things have failed, if you have gone to the Big Brother Reality show and still no-one talks about you, if you have faked your accent so well to make Robin Kisti exclaim, if you have really tried your best at being a Ugandan socialite with no success, then I am afraid to tell you, the evil forces from your village may be after you. Or better still; try plastic surgery in Dubai, it worked for our client Bad Black.