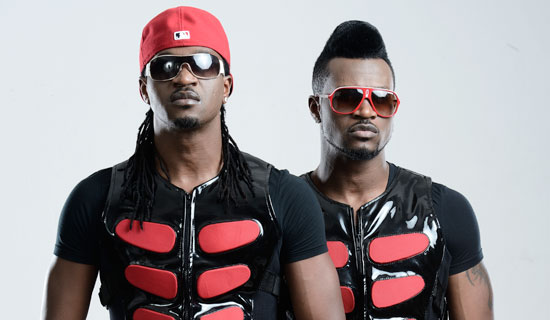 When you talk of Mavado and Chris Martin on the same stage, you are talking a blend of ruff cuts/ hard riddims and  melodic lovers-rock.

The combination is a Carribean masterpiece folks here have enjoyed for decades and thus partygoers are right to be optimistic about tomorrow’s show in Lugogo Cricket Oval.
The artistes have also – through promos- promised to bring down the house.
Presented by East Africa Breweries through their flagship brand Bell Lager and organised by CeeCee Entertainment, the concert is set to light up the usually underrated timeline between Christmas and New Year’s day.

The show starts at 7pm and a couple of local artistes will lend the main acts a hand.
Mavado, born David Constantine Brooks 31 years ago, is expected to headline the concert with a string of well-recognised hits.

He is a stage warrior, a man capable of unleashing song after song for over an hour.
He has had several successful concerts both within and out of the Carribean and he is optimistic Uganda will turn out a similar story.

Working with the likes of Akon, Birdman, Rick Ross, DJ Khaled, G-Unit, Drake and Bounty Killer places Mavado in the category of artistes who have been around and have conquered.
Meanwhile, Chris Martin is as well a stage powerhouse – the route he used to make his breakthrough.
Chris won Digicel Rising Stars in 2005 (the Jamaican version of American Idol) and he is  best known in Uganda for the songs Paper Loving and Cheaters’ Prayer. He clearly supersedes many talents currently gracing reggae music and his fan-bse keeps growing.
Chris and Mavado somehow share a humble, or rather a deprived, childhood, both growing up in the ghetto.

Mavado was raised in an area known as Cuban, a micro-ghetto within the heart of Kingston, Jamaica’s Cassava Piece community. His grandmother gave him his first musical experience at a young age, bringing him to church to sing. He also cites the music of Bounty Killer as an early influence. He would later link up with his boyhood idol, as Bounty became his mentor at the age of 15.
Bounty took him under his wing to show him the ropes of the music industry.

He decided to name himself Mavado after the Swiss watch company Movado, altering the spelling.
His debut single, Real McKoy on the Anger Management riddim in 2004, provided him with instant success. He further established himself with the follow-up record Weh Dem a Do, on the Red Bull & Guinness riddim. After a string of hits in 2005 and 2006, Mavado released the album Gangsta for Life: The Symphony of David Brooks on July 10,  2007 on VP Records.

This is when his music started featuring heavily on international music channels.
He has won a couple of music awards including a Mobo and an Eme.
Last year, Mavado appeared on the Angie Martinez show on New York’s Hot 97 radio station and announced that he had signed a deal with DJ Khaled’s record label We the Best Music Group.
He had previously starred as a gangster in Drake’s video for Find Your Love.
Like most Jamaican artistes, Mavado’s successful music career has been blotted by a series of off-stage controversies.

Actually, if Mavado gets a chance to know about Uganda’s “gay bill” conandrum before he performs, he might have an opinion to share on stage – directly or indirectly.
Mavado has refused to sign the Reggae Compassionate Act and has been criticised for anti-gay lyrics (in such songs as Batty Bwoy Termination where the lyrics say “Battyboy must die, Lesbian must die, Sodomite must die.”). Such words have caused him to be banned at times from several countries but one thing is for sure – Mavado’s lyrics will be openly welcomed in Kampala.
For Chris, things look clean and sweet all the way.

His vocal talents have been noted since his humble beginnings.
Born in Back Pasture, St. Catherine on Valentine’s Day (14 February 1987), Martin nurtured his love for dramatic arts and sports during his high school years.

In 2003 he graduated with countless awards and accolades.
After winning the Digicel Rising Stars competition, Chris participated in Digicel’s Christmas promotions in 2005. His debut single Love is All We Need formed part of the promotional campaign. He then created history when he became the first Digicel Rising Stars alumni to score a hit single on the charts in Jamaica.

He instantly shot to fame and he is currently one of the most sought after performers on the Jamaican music scene.

He has given the world tunes like Nah Go Change, Take My Wings, Tonight, Giving It, and the chart-smashing single, Jamaican Girls and Gallis featuring Busy Signal.
His latest musical offering, includes but is not limited to Melody To My Song, on the Good Love Rhythm, produced by Baby G plus Watch Me Lord and She Never Listens featuring Demarco.
Already a household name in St. Catherines, Chris’s main objective is to take his music to the optimum level.

“I want every household across the world to know and love my music and where I come from”, hehas said. Uganda knows your music, Chris, and tomorrow’s show should be a real party.