A name could spoil the future of the child 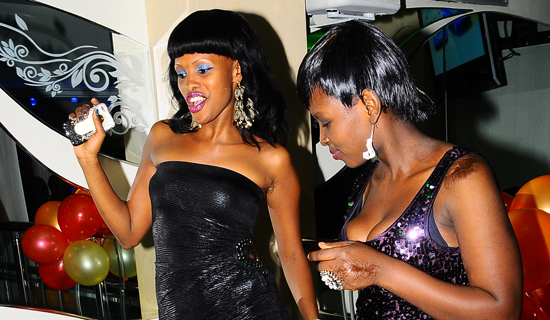 The anticipation, anxiety and excitement that might characterise the birth of a new baby can be quite a catch sometimes, I must say. The fact that I have not crossed that path yet even makes it an interesting series to follow. First it is the journey through the nine months, where men (some) stick endlessly to that cliché habit of rubbing the tummy, pretending to be connecting with the kid inside, mothers smiling all the way and doing all the so called kyejyo to the pacing up and down in between hospital corridors until they hear a kid wail… and both mum, dad, the clan decide on a name.

Ha! The name! To some, having the same family name comes in as an obvious case while others choose the opposite. And if I may ask, as one chooses to pass on their surname to the child, do they ever think about what they are actually giving to this kid? I know, one might go like, yes, my blood, my brains and that is the point I will ask, and the reputation? For starters, let me try to wear certain shoes and bear certain names.

For example, if I were to be called, Connie Kibwetere, Connie Bin Laden or supposing I was one of the many that Joseph Kony had in the bush and I ended up ka little Connie Kony (God forbid by the way) do you think I would be up, happy and ready to face and stand in public or deal with the stigma? Hell No! For starters, each time I would respond to the question, “What’s your name” with an answer bearing a surname like Kibwetere, they would expect a convincing, conning tongue ready to drag them to the grave cunningly, a snake in sheep’s skin to be precise. Then for Bin Laden, I have no words but oba the Kony would grab me more issues because the two names would have had me living in a cave for fear of the worst for sure!

Now the above three could all belong to the same category but let us bring it down to all the peeps in this country that have been accused of this and that, manya Global fund issues, then “Temangalo” saga, NSSF zibs, Chogm (isn’t this the point where I catch my breath) and I know, I do not have to even start listing the names because by the time a name comes out not once, twice but thrice and more, then it is on everybody’s finger tips. Well, I could cite as many examples as possible but I shall let it at that.

So without drifting from my core point, I will ask, is it so hard to shield this child from the lifetime bond especially if one is not ready to live life with a clear, stainless reputation? I know one might be quick to argue that by having a name that belongs or belonged to a once prominent person (for whatever reasons) it could work in their favour sometimes because at the slight mentioning of the last name miracles could happen instantly.

And while I may not necessarily refute that, I would like us to take time and reflect on all the people that have had a tainted reputation in the different societies that they existed and back it up with the time they lasted and the repercussions that have been faced by the eventual generation for bearing a thing or two but above all the surname! To many, stigma has had the best of them that they continuously have had to pay for sins they never committed or go to certain uncalled for extremes just to prove that they are different from the initial bearer of the name.

My point; one ought to give thorough thought to that name before according it to that innocent baby. I trust that by the time most people become parents they are at least aware of who they are in society, mistakes made, good points and the effect that has been created. Therefore I see no point in one passing on that burden to the kid who might certainly life a life that is entirely different and maybe much better but they have to keep on dealing with the pain and insanity that might obviously characterise their life as they answer questions on behalf of supposed parents that existed before they were even born, you know?

And if one is so interested in having the kids take on the family name, then crafting out a life in society that will earn one respect to last for a lifetime would be an ideal option, don’t you think? For example, neither do I think that Nelson Mandela’s kids would want to hide each time they are in society, nor would I imagine that the South African government could make noise trying to question their credibility each time they are appointed or made to sit at the board of a prominent company.

If society had many of this kind as opposed to the so called “rich kids” born to parents with tainted names, stepping on everyone’s head like the world will never end, it would paint a good picture of this world, if you asked me.

Moral of the story, what goes up must always come down. In a nutshell, a life full of drama, headache to oneself and the society around can be the beginning of a generation full of issues (good and bad) from the word go. Now let this be food for thought to the yet to be parents and the others that still stand a chance to clear up any mess created, cool?