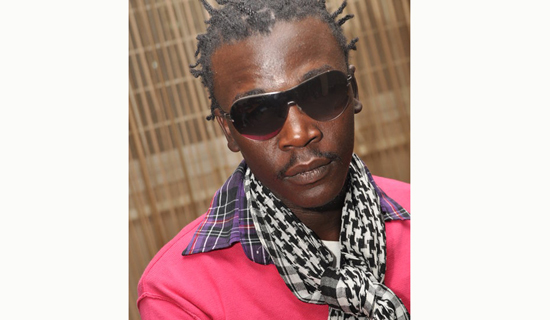 Even if the track is passable, the Dream video is good. However, Navio would have done better using Chameleone’s star power.

He’s marketed himself as the “African hustler” and truth be told Navio has hustled himself to the top of the rap game, that before him, seemed to remain in oblivion with the likes of simanya Lyrical G, Rocky Giant and my house boy who calls himself….Bebe Cool! True story. Yeah I am about to fire that dude! Instead of serving me my food he’s busy I hear “training his vocals” to sound like Bebe Cool!

Anyway, back to Navio! Dude has really hustled and I heard he recently won an international award. That dude is on the way up. Actually if I were The Mith I would hang onto that brother for eternity.

The video Dream is good, especially for the storyline that emphasises the message of the song. Here is a dude who dreamt of making it big and behold he arrived onto the big stage. However the song features one of the biggest names in East African music – Jose Chameleone. But nowhere in the video is the dude shown! Now isn’t that like Wiz Khalifa having Jay-Z on track but not having him in the video?

Even the lyrics of the Dream track, Chamilli doesn’t really feature apart from a one liner “I had a dream to be a star,” that was picked from his Vumulia track. Our guess is that he even never appeared in studio to record the line – it was just picked. I believe it was a gross mistake for Navio not to tap into the creative power of Chamilli lyrically speaking and star power of having him in the video! Okay he has a knack of beating up almost everyone ranging from his brother Weasel to police officials but the dude has some serious talent and imagine if Navio had let it come out fully in the true meaning of “featuring” on a track than what we have on Dream.