While we were trying to figure out where Bad Black and Meddie Sentongo were getting the money they were throwing around, another money-thrower stunned patrons at Club Rouge sometime last year.

We later learnt that the new money-boy called himself Richie Kats and where he got the money from remained a mystery until last week. According to reliable sources, Richie Kats who has been identified as Richard Kato is spending money meant for a charitable organisation called Vision Africa. It is said that Richie Kats was once an underprivileged, child who was helped by an Austrian lady named Maria Prean through her charity foundation called the charity.

Mbu Kats got close to Ms Prean and won her trust because he was an excellent drummer in her choir that toured several states garnering donations for Vision Africa.

It’s also alleged that Kats is a caretaker of three big mansions located in Natete and Nsambya that belong to Ms Prean.

However, Kats has in the past posed as the owner of all these houses. The revelations came at the same time a one Flavia Nabukonde from Kireka, revealed that she was swindled by Kats who was supposed to give her prize money equivalent to Shs5m.

She won a singing competition organised by Kats under his Talent 12 Company last year! So, we are just asking, has Kats been flossing charity funds?

In this article:charity, Rich Kats 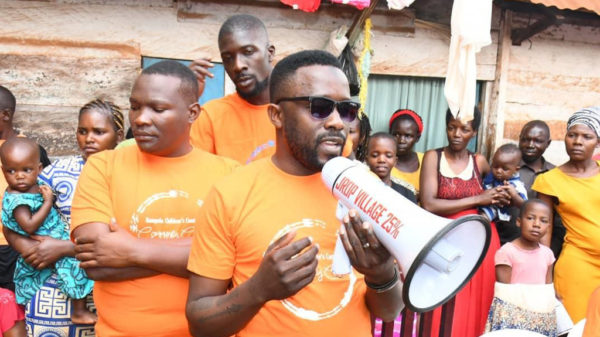 Walukuba West in Jinja is all smiles after getting aid from Kampala Children Centre which is based in Wakiso. Walukuba households gathered at their... 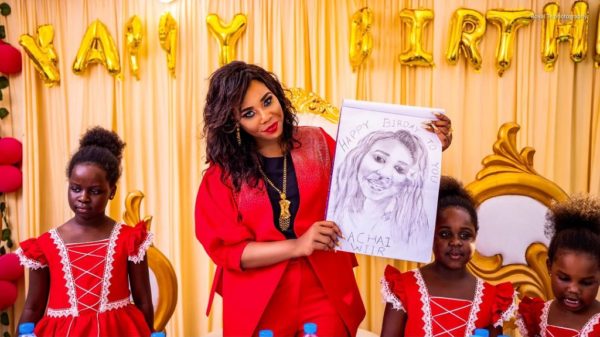 South Sudanese money bag Achai Wiir has shown her philanthropy side yet again. The business woman over the weekend celebrated her birthday but this...