Hip hop is a steadily growing music genre in the country with revelations coming up all the time.

The likes of Navio, GNL, Atlas, Keko and Mun G are in for some serious competition, and this time
not from their peers but a 12-year-old rapper named Young Zee.

The boy, real names Zack Mukiza was born in October 1999 when some rappers we have today
had started honing their skills. Young Zee has been signed by Swangz Avenue and his debut
single I have a Dream, featuring label mate Sera was released early this week. We listened to the
English track and we can tell you that Zack’s flow is international.

“He started by rapping out other rappers’ lyrics back home in his free time,” says Zack’s dad. By
the time he was 10 it was clear that he had something special going on. In august 2011 Zack
decided to get more serious with music. He formed a rap group with his friends Paul and Daniel
performing regularly on frequent class trips under the name Stereo Beat. Zack, Paul and Daniel
always mimed Deuces by Chris Brown and Tyga.

In November 2011, Zack’s dad decided to take the boys to a professional studio. “If the guru finds
you weak, you give up on this music thing and concentrate on school,” was the one condition the
dad gave the boys. One Sunday afternoon, the boys met producer Benon at Swangz Avenue
studios in Muyenga.

They got signed the following day. According to Swangz Avenue, Stereo Beat (Zack, Daniel &
Paul) remains work in progress and a decision was made to develop these 12-year-olds as solo
artistes. Zack now known as Young Zee is the firrst one to get the launch pad. He is currently
working on his debut album at Swangz Avenue with producer Benon.

The video of his debut single was directed by Don of Deddac and it will be out soon. 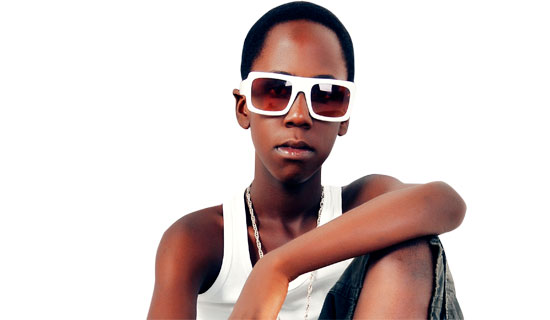 I am what I want to be: Young Zee

Budding rapper. Boys his age have dreams of becoming doctors or lawyers. 13-year-old Young Zee says all he wants to be is a rapper...