Double duty. Many singers cross over into the movie world after attaining fame. Some do it for money, others do it to increase their profile and some just for fun. But who should remain a singer, who should be in the movies and who is good at both? Brenda Banura writes.

Either for the love of more money, boredom resulting from doing the same thing for a long time or just the desire to spread their wings it has become fashionable for artistes to venture into the film industry.

Appearing on the silver screen and stage is the order of the day in Hollywood where the film industry is well developed compared to the still budding one in Uganda. But even then, we have seen a few local musiciansappear in one or two movies (probably because it is the only kind they would act in).

Musicians in Uganda act for fame and to increase their visibility. And of course if you have already created a name for yourself it is easy to get a leading role since you already have a fan base. But in Hollywood, money rather than fame is the ultimate goal for joining the movie industry.

Take an example of Will Smith who gets over $20m (Shs48b) per movie and for his roles in Robot and the romantic comedy Hitch, he earned $35 (Shs84b) for appearing in each. Johnny Depp who is also an occasional singer earns about $20m per movie while Jennifer Lopez walks away with a
sum of $12m for a movie role.

At the end of the day, venturing into another field is exciting and it is probably adrenaline that makes some of the musicians fail to gauge if they can sing and act as well. Regardless, some of them have excelled at both fronts, some are lacking while others have surprisingly excelled at the
field of second choice. Basing on their works in both lines of talent let us applaud and boo some. Who can sing and act.

With hits like What Goes Around Comes Around, Until The End of Time and Cry Me a River Justin Timberlake bagged six Grammy awards and Four Emmy Awards at the peak of his music career. If selling over seven million copies of his albums is anything to go by, then his music is great.

But recently Timberlake announced that he was going to pay more attention to his acting career. He started with supporting roles in Alpha Dog, The Social Network, voicing in Yogi Bear as though to give people time to accept him. And he has now taken on more leading roles like the one in Bad Teacher and Friends with Benefits. It is probably a little too early to judge him but Timberlake has proved to be one of those people we want to appear on the silver screen more often and yet we still hope he would do more music too.

Then there is Chris Brown who put up a good feat in Takers, acting a bad guy he was supposed to be. When the cops were chasing after him, his sprint was amazing – he jumped from one building to another, wall to wall and road to road, dashed behind a door and then managed to escape.

Must be one of the most engaging and longest police-thug chase in a movie and it stamps. Brown’s name on the list of people who made Takers interesting to watch. In his other appearance in Stomp The Yard, despite the fact that we had already approved his dance routines as great, it was still hard not to marvel when we watched his break dance scenes.

In This Christmas, Brown showed that he can be humorous. So he is definitely a good actor (in different movie genres) and a great singer as well. The reception he has received in acting combined with his latest musical success both on air and at music awards suggest that the world might have forgiven Brown for hitting Rihanna.

Ludacris, real name Christopher Brian Bridges, is another of those artistes that can ably sing and act as well. If you watch him in Fast and Furious 5 and Crash and also listen to him rap in songs like Pimping all over the World, Stand Up or even How Low then you will agree with me.

Then there’s Tyrese Gibson – he has a good sense of humour that can only be noticed when he acts. And when you hear his Rn’B songs like Pulling Me Back featuring Chingy, How You Gonna Act Like That, you want him to just continue doing that.

There are a number of other artistes that fall in this category like Queen Latifah and Will Smith (even though they seems to have outgrown music due to their acting success), Mandy Moore, Snoop Dogg and Jennifer Hudson. For Jennifer Lopez, some people don’t even know whether to call her a musician or actress because she is great at both fronts.

And we have our very own Jennifer Lopez in the shape of Mariam Ndagire. Ndagire may not be as slender or loaded as J-Lo but if the two ladies were to act and sing at the same time and you’ll have a conundrum to pick who balances both better.

The mellow-voiced Ndagire decided to take a break from singing and now only performs at weddings and private functions but her love for music hasn’t withered as even her latest film Dear Mum is a musical. Ndagire writes most of the films she has acted in and she gets roles (most of them motherly) that suit her and this could be the secret behind her success as an actress; she
has the power over the script and she chooses what fits her well.

Her right-hand girl Laura Kahunde, who has acted in almost all Ndagire movies, is a handful herself. Laura, who is songbird Juliana Kanyomozi’s sister, is surprisingly endowed with a good voice too though she hasn’t harnessed it’s full potential.

She has recorded a few songs but has mostly backed up her sister at concerts, yet Kahunde is one of the best actresses we have in Uganda.Of course Juliana has also appeared in a movie before (Kiwani: The Movie) but her singing is still miles away from her movie career.
But among the top musicians, Bobi Wine seems to be the more full-time out actor. In Divisionz, a feature film that reflects his early ghetto struggles, Bobi was excellent though some will argue that he was simply acting his routine.

He also featured in Yogera, another Ugandan film. He has gone on to appear in some short films and stage productions and it is relatively safe to say that Bobi seems to be acting even in his real life. I mean look at all the drama in his life from the cat and mouse games with Chameleone and Bebe Cool to wearing sagging pants and walking like he has got springs in his legs at that age. His former side-kick Buchaman gave convicing supporting roles in both Divisionz and Yogera.
Abbey Mukiibi an actor and director says, “It is rare to find someone who can excel in both industries.People need to specialise and excel in the field they are best at instead of trying to excel at both.” He adds, “We have musicians that are also good on stage like Bobi Wine, Ronald Mayinja, Mesach Ssemakula and Mariam Ndagire. One just has to train then, the directors will tell them if they are good or not.”

Who should stick to acting?But clearly not everyone that can act can sing, sometimes because of choosing an unfavourable kind of music or simply because of lack of talent. Artiste- actors like Selena Gomez, Jackie Chan
and Johnny Depp should stick to acting alone. I found it particularly amusing that Jackie Chan is a singer with a couple of records on the market.
Check out his songs on youtube like Wong Fei Hung – The Mulan Song. You don’t need to know the language to know to tell he is poor. Jackie Chan’s songs are pure proof that even the best instrumentals can turn into a dull piece when they meet a horrible voice.If you think you really have to sing, go for vigorous training and or seek an expert’s opinion before you jump onto the stage, microphone in one hand ready to sing away.

Defunct group HB Toxic singer Hellen Lukoma has made herself a household name as an actress in NTV’s series The Hostel, our advice is that she should stick to staying behind the camera because we have no memorable verse from her. Same for former Obsessions singer Cleopatra Koheirwe who attempted a solo music come-back that didn’t pick off last year. Her
acting career on the other hand is something worth talking about. She had a memorable role in The Last King of Scotland, has appeared alongside Bobi Wine in the Ugandan movie Yogera and she has a role on M-Net drama Changes, that is produced in Kenya.

Those that should stick to singing In Pink Panther, Beyonce’s act was okay but she was plastic in Obsessed. A leading role meant attracting a lot of attention. And though you hold your breath as you watch and pray that she
overpowers the other woman, that did not mean she acted well. But maybe Beyoncé will prove us wrong in the upcoming movie, A Star is Born, we are waiting.

Mark Anthony, Brandy, P. Diddy and Tina Turner should stick to their day jobs of making music. But even though appearing in this group we have to give credit to Tina Turner for her act in her biopic What’s Love Got To do With it. This is because the likes of Mariah Carey in Glitter and Christina Aguilera in Burlesque failed to act themselves. Surely, if you can’t act as yourself, then can’t you act at all.

Sarah Nsigaye, an independent film producer/director and owner of Native Tracel Festival, says, “It is good for the artistes to cross over to film as well especially if they are riding on looks and good bodies to succeed in music. At the end of the day, the looks will fade with age making it hard to appeal music-wise but you can always get a role in a film despite your looks.”

It is exciting for us the fans to see multi-talented entertainers but that doesn’t make multi-tasking fashionable, so you only get into it if you can do both. Because we applaud and shun with more less the same speed.

In this article:actors, double duty, singers 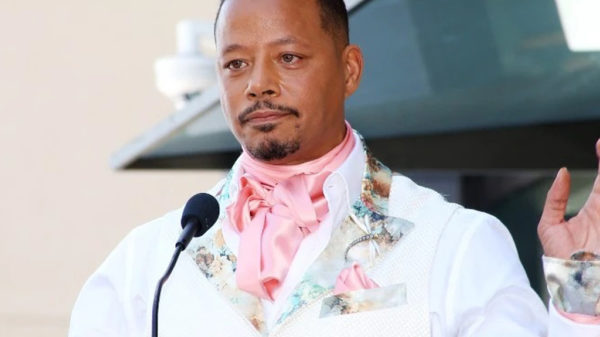 Ugandan filmmakers have not gotten a chance to have a physical conversation with American actor Terrence Howard. While rumors claim that meeting the filmmaker... 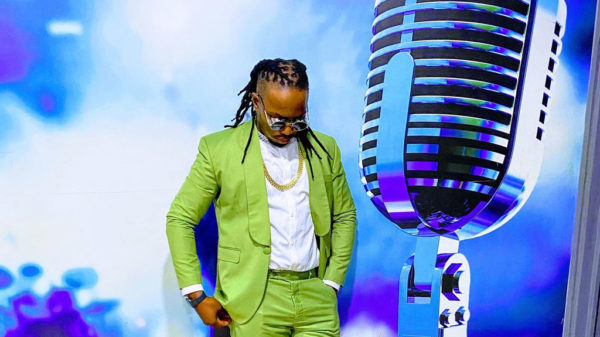 I’m on the C-list of African actors – G.N.L Zamba

G.N.L’s appearance on Hollywood screens a few years back raised eyebrows. Ugandans believed that he had indeed found greener pastures in acting as compared... 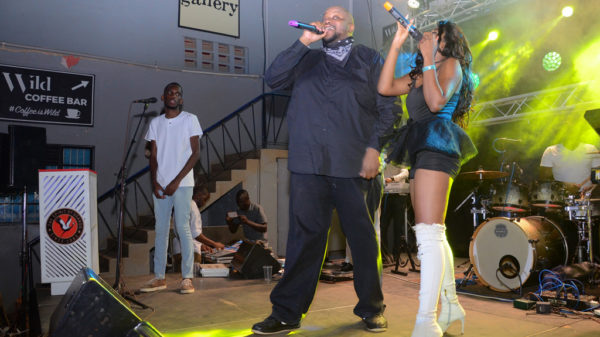 A Ka Dope returns with a bang

With fifteen years in the industry, one can agree that some artistes really need to take a break and possibly concentrate on other business... 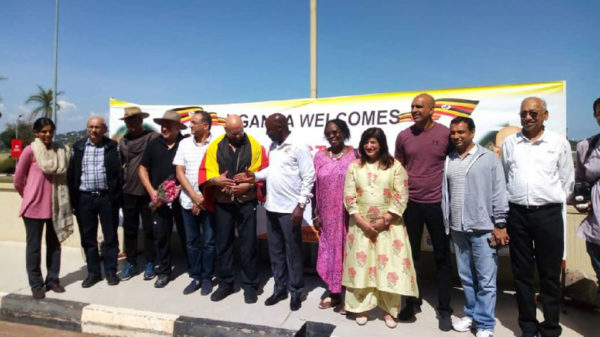 State minister for Tourism Godfrey Kiwanda Suubi has come under attack over his latest Tulambule tourism campaigns especially with the many tourism ambassadors and...