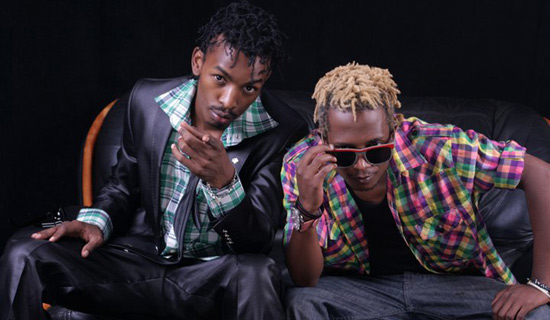 If there is a chick who is shrouded in mystery then it has to be Nabbi Omukazi. Where do we start from?

Should we start from the name? Nabbi omu…whatever, that is totally weird or perhaps it’s stories about her being a “ghost!”? Ugandans like katemba and since this babe’s rise in the Christian circles was tracked properly by many, they resorted to coming up with all sorts of weird crap like mbu she’s half snake, half human! Hehehehe….

Personally what I know about this babe is that she has some great potential to be a voice to reckon with on the Christian music scene. I listened to the track she had with Chamilli last year and it wasn’t bad. The video too was good. However her recent track, Omulabe W’ekanisa hooked me due to a number of reasons. The message, the voice and most importantly the video.

That song is a veiled attack on Pastor Wilson Bugembe (btw those two have been beefing for some time now). But it’s the way she disses Bugembe that I find interesting. For example, she doesn’t abuse or ridicule Bugembe but exposes the hypocrisy in his pastoral duties.

She, for example sings about how Bugembe goes around saying other pastors are involved in sodomy yet he associates himself with the secular world when it comes to his album launches that are sponsored by companies that deal in alcohol, which doesn’t exactly portray him as the squeaky clean disciple of Christ he wants to be seen as.

That dissing flows so well in the video too that actually parodies Bugembe’s Lengera Embaata video.

It’s so well done that the likes of Bebe Cool and Bobi Wine should take a leaf when dissing each other using music videos. The video directed by Yasin Khan and it has a good look like of Bugembe to emphasise the point. I like the eye to detail of the director during the parodying that even trade mark stuff that Bugembe normally puts on like his hat and his bu funny T-Shirts are also used on the look alike.