Date with a celeb

(Joan met Dr Hilderman at Virgin Island, Bugolobi and talked the afternoon away over cold drinks)

Hi, are you a born again?
Why? Because of Abitta Ebikutte? No, I’m a believer. Are you?

I’m a catholic. So why did you shoot the video around a busy street instead of a church, I mean it’s a gospel song.
I wanted an imagery video, you see as you drive along Jinja Road and find red lights, you feel angered. So every time you hope that by the time you get there God turns the lights to green thus Abitta Ebikutte.

Do you have another gospel song on the album?
Yeah, it’s called Ayi Mukama. Basically I had dedicated 2011 to God.

By the way, was Amelia a campaign promotional song for Amelia Kyambadde?
Yeah, sort of. But I also wanted something that would double as a campaign theme song and at the same time a dance to song. But once it was out, people and the media affiliated it to Amelia Kyambadde because it had Mawokota. For the video however, I wanted to revive those village memories and also show old school with a contrast of new times.

Are you doing anything to target youth fans in colleges, high schools?
Actually yeah, I’m working with an organisation called Sensitisation Uganda. They told me to make a song that encourages youth to be more of job creators than job seekers. The project will start tours in secondary schools, colleges and tertiary institutions around March.

When Is your launch?
It’s next Friday February, 10, at Obbligato, Satellite Beach Mukono on Saturday and sunset Nateete on Sunday. I was used to launching my albums in huge places, but this time the organisation is different … we are very organised.

What are the other songs on the album?
Kwagalana, Lighter, Mbulira, Do as I say, Ani Mukama, Ddala Yani, a collabo with Yoyo and Kimpemempeme, which is a song I did for KCCA about people who litter rubbish in Kampala.
So how many songs do you make for an album?
I endeavor to make up to 10 songs per album although not all of them become fan favorites. But a full album normally has eight to ten songs.

So what makes a song a hit?
If it has a catchy phrase, then most definitely will be a hit. For example Bingili Dance (Vampino and Bushoke) it is too African, so it won’t only be a hit here but also across Africa. 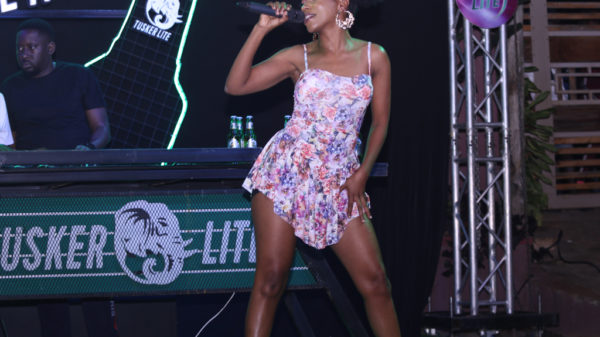 By Deus Bugembe As the crowd at The Heat, a cosy spot in Mbarara settled in, the star attraction of the night, Vinka, graced...